Shop By Product
Shop By Brand 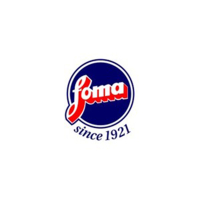 Foma Bohemia spol., based in the Czech Republic, can strech it's origins back to 1921, with the first black and white films and papers being produced in the early 1930's.

Fomapan 100 Classic is a traditional medium speed film offering a high degree of exposure and...

Fomapan 200 Creative is a very flexible film with capable of excellent results in...